BOULDER, Colo.--(뉴스와이어) 2021년 01월 13일 -- Today, Techstars, the worldwide network that helps entrepreneurs succeed, announced that the company’s Board of Directors has appointed Maëlle Gavet as Chief Executive Officer effective January 11, 2021. Outgoing CEO and co-founder David Brown will continue to serve on the board. Techstars also announced David Cohen, co-founder, will assume the new role of Chairman of the Board of Directors.

“Our mission is to support entrepreneurs everywhere because we believe they hold the solutions to the world’s greatest challenges,” said Cohen. “It’s our job to continue supporting them with mentorship and access to capital as they scale, and even more so as we do. Techstars’ success is attracting more and more interest from founders and investors, and we’re on a strong growth trajectory. We decided to bring in Maëlle Gavet, an experienced operator who has overseen growth of more than 10x our scale, to lead us through this next phase of our journey.”

As one of the highest velocity seed investors in the world, Techstars has invested in more than 2,300 companies. The company’s portfolio of thousands of companies is worth more than $185B today.

“Entrepreneurs change the world and at this moment in time in particular, we need them more than ever,” said Gavet. “Unfortunately, a lack of access to capital and effective networks is blocking so much potential. I’ve learned this first-hand, as an entrepreneur and as an investor. The success of the Techstars accelerator model and the velocity of its investing create so much potential to help even more entrepreneurs, explore new approaches to Venture Capitalism and help the tech industry become more human-centered and more diverse. I am honored and excited to join such a strong, mission-driven company that I know can transform the impact that tech has on the world, one entrepreneur at a time.”

Author of Trampled by Unicorns: Big Tech’s Empathy Problem and How to Fix It, Gavet has been a leading technology executive and entrepreneur for more than 15 years. She began her career as an entrepreneur and later became a Principal at the Boston Consulting Group and then went on to become CEO of OZON.ru, Russia’s largest e-commerce site (which recently went public on NASDAQ and is valued at over $9B), and Executive Vice President of Operations of the Priceline Group, the largest online hospitality and travel agency in the world which includes brands like OpenTable, Kayak, and Booking.com. Most recently Gavet was Chief Operating Officer at real estate platform Compass, valued at over $6B.

Given Techstars’ decentralized geographical structure, Gavet will remain based in New York City.

The Techstars worldwide network helps entrepreneurs succeed. Founded in 2006, Techstars began with three simple ideas—entrepreneurs create a better future for everyone, collaboration drives innovation, and great ideas can come from anywhere. Now we are on a mission to enable every person on the planet to contribute to, and benefit from, the success of entrepreneurs. In addition to operating accelerator programs and venture capital funds, we do this by connecting startups, investors, corporations, and cities to help build thriving startup communities. Techstars has invested in more than 2,300 companies that today have a combined market cap valuation of more than $185B. www.techstars.com 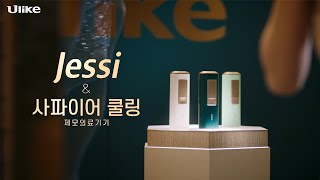 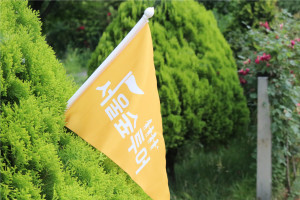