Alzheimer’s and dementia impacted more than 55 million families worldwide and cost the global economy US$1.3 trillion in 2019, reaching an estimated cumulative cost of $20 trillion over the next decade
Since its launch in January, DAC has nearly completed financing of its foundational phase and is orchestrating the most ambitious global effort yet to combat the Alzheimer’s crisis by linking and building on existing efforts through several key initiatives, with a business plan built on the input of hundreds of experts

GENEVA--(뉴스와이어) 2021년 09월 23일 -- The Davos Alzheimer’s Collaborative (DAC) is a global multi-stakeholder partnership that is mobilizing the world against Alzheimer’s disease. DAC announced today it has nearly completed financing of its foundational phase and has launched several key initiatives to advance Alzheimer’s research, prevention and care to advance the fight against the disease.

A recent WHO report shows that Alzheimer’s and dementia impacted more than 55 million families worldwide and cost the global economy approximately US$1.3 trillion in 2019. This annual cost is expected to rise to $2.8 trillion by 2030, based on predicted increases in cases and the cost of care. By averaging these numbers to assume an approximate annual cost of $2 trillion through 2030, we estimate the disease will cost the global economy a cumulative $20 trillion over the next decade.

Due to rapid gains in global life expectancy, more than 70% of Alzheimer’s cases will be in low- and middle-income countries (LMICs) by 2050, inhibiting their prospects for growth and exacerbating health and economic disparities between LMICs and higher-income countries. By contrast, nearly 80% of genomic analysis has come from people of European descent, even though more than 80% of the global population is not of European descent.

New advances in treatment have accelerated investment and innovation in the space, building momentum for change and increasing the urgency for healthcare systems to be prepared for major changes in how they care for patients with the disease in the coming years.

“Now is the time to act on Alzheimer’s. International bodies including the WHO, G7, and G20 have all made commitments in recent years that recognize the need to act together, act globally and act now to address this health crisis,” said George Vradenburg, Chair of DAC. “DAC is a response to these calls for action, bringing the speed and scale that has too often been lacking in previous efforts. The COVID-19 pandemic has shown us that a broad coalition of stakeholders working together can mobilize quickly to address a looming public health catastrophe. However, COVID-19 has also taught the world that we must have a robust preparedness plan - early and systematic testing and detection, timely access to real-world data, a standing, global, trial-ready system for developing and testing new therapies, and healthcare systems in high and low resource settings that are prepared to get the right intervention to the right patient at the right time. And, most importantly, we must include every nation and marshal every sector from the beginning to ensure a universal and equitable response.”

DAC is orchestrating an ambitious global effort to combat the Alzheimer’s crisis by linking, scaling and building on existing efforts across every sector. DAC is advancing this mission through several key initiatives, built on the scientific and business input of hundreds of experts in the space:

· Global Cohorts: Working with the International One Hundred K+ Cohorts Consortium (IHCC) and other partners, DAC is building a cohort of one million people who reflect the disease in all its global diversity, with data available to researchers everywhere in order to marshal the world’s scientific and industrial talent to find new clues to stopping Alzheimer’s. In our first six months of operations, we have linked 12 cohorts spanning Africa, Asia and South America, with more than 20 additional cohorts under consideration. We have stress-tested this diverse combined cohort using our Polygenic Risk Score (PRS) Feasibility Pilot, a first-of-its-kind, transethnic and transracial analysis of genetic data from approximately 100,000 people with Alzheimer’s.
· Clinical Trials: DAC is helping reduce the time and cost of clinical trials while improving their quality to accelerate the innovations that families and countries so desperately need. Working with the Global Alzheimer’s Platform, we are linking a network of 90 trial sites in North America with over a dozen European trial sites to accelerate key studies and implement novel trial designs, and we also are surveying site capacity across the rest of the world to extend future trials to other continents. We’re also designing a novel African clinical trial in Alzheimer’s disease and have secured a commitment from Roivant Social Ventures to make available an investigational new drug for use in this trial.
· Healthcare System Preparedness: DAC is investing in healthcare systems to produce new learnings using new technologies and protocols to improve the clinical care of people with, or at risk of, Alzheimer’s. To date, we have secured healthcare system partners in the U.S., Brazil, Mexico, Scotland, Japan and Jamaica to pilot the use of blood biomarkers and technology-enabled methods in clinical practice, including earlier detection of Alzheimer’s disease. We also held our first “Learning Laboratory” of these flagship health systems to share their innovative practices with approximately 200 attendees from health systems and national health ministries, including representatives of seven governments from around the world. The World Health Organization has agreed to serve as a technical advisor on these efforts.

“Alzheimer’s disease recognizes no boundaries. Yet too often our response is fragmented — leaving patients, families and researchers to face this burden alone, especially in low- and middle-income countries,” said Dr. Margaret Chan, Emeritus WHO Director General and Founding Dean of the Tsinghua Vanke School of Public Health. “The work of the Davos Alzheimer’s Collaborative, and its commitment to lead a new fight through new public-private partnerships, will help save countless lives and trillions of dollars lost to Alzheimer’s each year.”

In addition to these initiatives, DAC has achieved several business milestones that will lay the foundation for our continued work to eliminate the burden of Alzheimer’s.

DAC is now headquartered in Switzerland, with IRS 501c3 affiliate status in the U.S. We are also completing our foundational phase fund-raise with $25 million in commitments to advance our projects, in addition to invaluable contributions of time and talent, from supporters including Eli Lilly & Company, Roche, Biogen, Eisai, Otsuka, C2N, Cognivue, Linus Health and Cogstate.

“The progress made by the Davos Alzheimer’s Collaborative since its launch in January signals the urgent need for a collective global response to the growing public health crises of Alzheimer’s disease,” said Klaus Schwab, Founder and Executive Chairman of the World Economic Forum. “Following in the footsteps of initiatives incubated at the World Economic Forum, such as the Global Alliance for Vaccines and Immunization (GAVI) and the Coalition for Epidemic Preparedness Innovations (CEPI), the Davos Alzheimer’s Collaborative is bringing new cooperative energy and global vision to the fight against this disease that brings suffering to hundreds of millions of people, families and caregivers around the world.”

DAC’s founding Board members will guide the collaborative toward its 2022 priorities and beyond. A full list of DAC leadership group members is available here (https://bit.ly/3zAeCLo).

“DAC is bringing together the best minds to improve the speed and scale of the scientific fight against Alzheimer’s,” said Elias Zerhouni, Professor Emeritus, Johns Hopkins University; Former Director, National Institutes of Health and Former President of R&D, Sanofi. “We’ve built a plan of action informed by experts in Alzheimer’s disease, data science and digital technologies, and we are pleased to start executing it through these initiatives.”

DAC intends to announce further progress toward these goals during the Lausanne VIII Workshop in November 2021 and the World Economic Forum annual meeting in January 2022.

About the Davos Alzheimer’s Collaborative

Launched at the World Economic Forum’s 2021 meeting on The Davos Agenda, The Davos Alzheimer’s Collaborative is a multi-stakeholder partnership committed to aligning stakeholders with a new vision for our collective global response against the challenges Alzheimer’s presents to patients, caregivers and healthcare infrastructures. Convened by The World Economic Forum and The Global CEO Initiative on Alzheimer’s Disease (CEOi) and fueled by a mission of service to the estimated 150 million families and half a billion people inevitably impacted by this disease by 2050, DAC is a collaborative for the benefit of all people, in all places.

Additional quotes from DAC’s leadership and partners are attached. 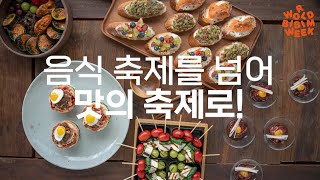 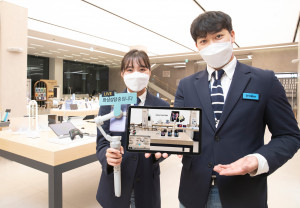