Unlocks Value, Focused & Agile Management, and Enhances Choices for Shareholders
Board Unanimously Approves the Separation Plan as Recommended by the Strategic Review Committee as the Best Path Forward For Toshiba and Its Shareholders Following the Committee’s Evaluation of a Wide Range of Options
First-Ever Spin-Off Scheme For a Japanese Company of This Size

The separation will create two distinctive companies with unique business characteristics leading their respective industries in realizing carbon neutrality and infrastructure resilience (Infrastructure Service Co.), and supporting the evolution of social and IT infrastructure (Device Co.). The separation allows each business to significantly increase its focus and facilitate more agile decision-making and leaner cost structures. As such, both companies will be much better positioned to capitalize on their distinct market positions, priorities and growth drivers to deliver sustainable profitable growth and enhanced shareholder value. At the same time, Toshiba intends to monetize shares in Kioxia while maximizing shareholder value and return the net proceeds in full to shareholders as soon as practible to the extent that doing so does not interfere with the smooth implementation of the intended spin-off.

The Company will utilize the tax-qualified spin-off structure via the recent tax reform legislation in Japan, in a first for a company of Toshiba’s size. Toshiba is taking a bold step to unlock substantial value, creating more focused investment opportunities for shareholders and delivering additional benefits for customers, business partners employees, and its broader stakeholder community.

This separation plan, which has been unanimously approved by Toshiba’s Board, follows a review of a wide range of strategic options by the Board’s Strategic Review Committee (“SRC”), comprising five Independent Outside Directors. During its review, the SRC sought input from shareholders on the Company’s strategic direction and held discussions with a number of potential partners.

Based on the thoroughness of the nearly five months review, Toshiba’s management team and Board of Directors are confident that the intended separation into three standalone companies is the best path to enhance shareholder value.

Satoshi Tsunakawa, Interim Chairperson, President and Chief Executive Officer of Toshiba, said: “Over our more than 140 year history, Toshiba has constantly evolved to stay ahead of the times. Today’s announcement is no different. In order to enhance our competitive positioning, each business now needs greater flexibility to address its own market opportunities and challenges. We are convinced that the business separation is attractive and compelling: it will unlock immense value by removing complexity, it enables the businesses to have much more focused management, facilitating agile decision making, and the separation naturally enhances choices for shareholders. Our Board and management team firmly believe that this strategic reorganization is the right step for sustainable profitable growth of each business and the best path to create additional value for our stakeholders. We are grateful for the Strategic Review Committee’s thorough evaluation and recommendation on our best path forward.”

Paul J. Brough, Independent Director, Chairperson of Toshiba’s Strategic Review Committee, said: “We are pleased to share this bold and ambitious plan to deliver enhanced value for Toshiba’s shareholders and other important stakeholders. The SRC recommended to the Board that separating the Company into focused businesses is the best path forward for Toshiba and its shareholders following a thorough evaluation of value-enhancing options over nearly five months.”

Infrastructure Service Co. is expected to have net sales of ¥2.090 trillion in FY[3]2021 and is projected to grow at a 3.3% compound annual growth rate (“CAGR”), reaching ¥2.230 trillion by FY2023. It also expects to improve operating income margins from 5.1% to 5.2% over the same period, which we expect to be higher after the separation.

Toshiba will hold the Company’s ownership stake in Kioxia Holdings Corporation (KHC) and Toshiba Tec Corporation (TOKYO: 6588). In connection with the separation of the businesses, Toshiba will seek to convert the shares of KHC into cash as soon as practicable while maximizing shareholder value. As part of this process, Toshiba intends to return the net proceeds of Kioxia shares to shareholders in full to the extent that doing so does not interfere with the smooth implementation of the spin-off.

Toshiba is committed to pursuing best-in-class governance and each of the newly created businesses will be led by a separate Board of Directors and management team. The Boards of the new companies are expected to be majority independent and comprised of a diverse set of directors with the skills and experience to set strategy and hold management accountable. Separation of the leadership structures for these businesses will facilitate more agile decision-making, with greater focus and knowledge of the company’s customers and employees, and create optionality for both new companies to make their own separate and informed decisions regarding potential strategic partners. In addition, the respective companies will be better positioned to tailor capital allocation and shareholder return policies to the optimal leverage and cash flow profiles.

Infrastructure Service Co. and Device Co. will be spun off from Toshiba and company stock of each of the two new companies will be distributed to Toshiba shareholders at the time of the spin-off record date. Toshiba is working with relevant authorities and our advisors to determine the best and the most effective and efficient way to spin off the businesses with an intention of effecting the transaction in a tax-qualified spin-off structure via the recent tax reform legislation in Japan.

The reorganization is expected to be completed in the second half of fiscal year 2023, subject to the completion of necessary procedures, including the approval of Toshiba’s general shareholder meeting and fulfillment of all review requirement of the relevant authorities. However, we will make an effort to speed up the process to the extent feasible. The financial results of the businesses to be separated must be audited for a two-year period, beginning with FY2021 results, before the spin-offs can be completed.

The SRC will continue to oversee the preparation of the separation plan until Toshiba shareholders vote on it at the proposed extraordinary general meeting of shareholders (EGM) expected in the first quarter of the next calendar year, at which point it is expected that a board Steering Committee will be formed.

The separation represents a transformational milestone in Toshiba’s history and the continuation of a renewed commitment by Toshiba’s leadership to create and return value to shareholders. In June 2021, the Board announced a total of ¥150 billion of additional shareholder returns on top of the Company’s ordinary dividend, consisting of a ¥100 billion share repurchase program, which was completed in September, and a ¥110 per share special dividend.

Capital in excess of the appropriate level of capital will be used to provide shareholder returns*, including share repurchaces in FY22 and FY23, to the extent that it would not interfere with the smooth execution of the business separation. In addition, we will make use of leverage, and continue to review portfolio including consideration of divestiture opportunities. (*Planned to be about ¥100 billion over the next two years)

Toshiba is committed to improving its corporate governance and regaining trust of its shareholders. The Board, which oversaw and approved today’s announcement is comprised of 75% Independent Outside Directors, all of whom were appointed in the past two and a half years. The Board has also undertaken several initiatives to strengthen Toshiba’s corporate governance, including establishing a Governance Enhancement Committee and initiating a review of Toshiba’s compensation program. Earlier this year, the Nomination Committee engaged an executive search firm to identify a new Chairperson and CEO, a task that will become more efficient following today’s decision to separate into three distinctive and strong standalone companies. All these efforts build on Toshiba’s commitment to bring its corporate governance practices in line with both global standards and the expectations of Japanese and international investors.

“Strategic Review Committee of Toshiba Board of Directors Provides Update to Shareholders on Process Leading to Separation Plan” is available at http://www.toshiba.co.jp/about/ir/en/pr/pdf/tpr2021q2e_4.pdf

Toshiba Corporation leads a global group of companies that combines knowledge and capabilities from over 140 years of experience in a wide range of businesses—from energy and social infrastructure to electronic devices—with world-class capabilities in information processing, digital and AI technologies. Guided by the Basic Commitment of the Toshiba Group, “Committed to People, Committed to the Future,” Toshiba contributes to society’s positive development with services and solutions that lead to a better world. The Group and its 120,000 employees worldwide secured annual sales of 3.1 trillion yen (US$27.5 billion) in fiscal year 2020.

Find out more about Toshiba at www.global.toshiba/ww/outline/corporate.html

[1, 2] Official names to be announced in due course.
[3] Toshiba’s fiscal year runs from April to March.

This document has been prepared solely for the purposes of providing information regarding the strategic reorganization described herein (hereinafter “Reorganization”) and does not constitute an offer to sell or a solicitation of an offer to buy any security of Toshiba, its subsidiaries or any other company in Japan, the United States or any other jurisdiction.

These statements are not historical facts; rather, they are based on assumptions and judgments formed by the management of Toshiba group in light of currently available information. They include items which have not been finalized at this point and future plans which have yet to be confirmed or require further consideration.

Since Toshiba group promotes business in various market environments in many countries and regions, its activities are subject to a number of risks and uncertainties which include, but are not limited to, those related to economic conditions, worldwide competition in the electronics business, customer demand, foreign currency exchange rates, tax and other regulations, geopolitical risk, and natural disasters. Toshiba therefore cautions readers that actual results may differ from those expressed or implied by any forward-looking statements. Please refer to the annual securities report (yuukashoken houkokusho) and the quarterly securities report (shihanki houkokusho) (both issued in Japanese only) for detailed information on Toshiba group's business risks.

Unless otherwise noted, all figures are 12-month totals on a consolidated basis.

Results in segments have been reclassified to reflect the current organizational structure, unless stated otherwise.

Since Toshiba is not involved in the management of Kioxia Holdings Corporation (formerly Toshiba Memory Holdings; hereinafter “KHC”) and is not provided with any forecasted business results for this company, Toshiba group's forward-looking statements concerning financial conditions, results of operations, and cash flows do not include the impact of KHC.

The execution of the spin-off described in this document is subject to approval at Toshiba‘s general shareholders’ meeting and the fulfillment of all review requirements of the relevant authorities.

Depending on the applicable laws and regulations (including securities listing regulations and U.S. laws and regulations), developments in the application, revision and enforcement of various regulatory regimes including tax regulations, interpretations by the relevant authorities, further consideration in the future and other factors, the implementation of the Reorganization may take longer than expected and there may be changes in the structure of the Reorganization. 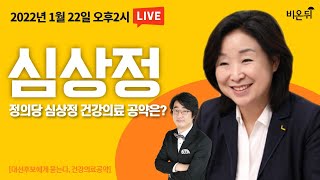 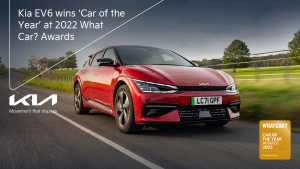